Hello, all friends of the press! The pandemic has been hard on all of us, certainly not excepting this little one-woman operation. But slow progress is still going on behind the scenes! I currently have three projects under contract in varying stages of completion. So please keep sending in your novella submissions, and watch this space or follow the press on social media to hear more about forthcoming titles!

I approach the city ruled by She Who Hears All Whispers well after second dawn. Two guards tense at my passage, peering closely as if they somehow guess my intent. But how could they? Hundreds of weary riftlanders drag themselves through the northern gate of Mataano Qahndo for today’s celebration. Hope carves their hearts hollow and sunlight etches blindness into their eyes as the rising Twins climb higher in the sky. Deep gongs reverberate from the dark six-sided spires silhouetted by the suns, trembling the bridge below my feet.

The Matriarch rules over Mataano Qahndo with casual ruthlessness and unimaginable power. Her focus is entirely on the Bay, which seems to contain the mysterious source of the phage — an infectious agent that is both the cause of a bewildering array of maladies and the power source for all magic in the Revealed Lands.

Suraldisha is a woman who has lost everything but a tiny pouch of bones and an all-consuming need for revenge. She is one of hundreds streaming into the city, hoping to offer their bodies as vessels for phage in service of the Matriarch. But she is hiding more than seething hatred and a fish knife in her sun robes.

Will she get close enough to the Matriarch to carry out her plan? And what does justice look like in a world where power is drawn from the suffering of so many? 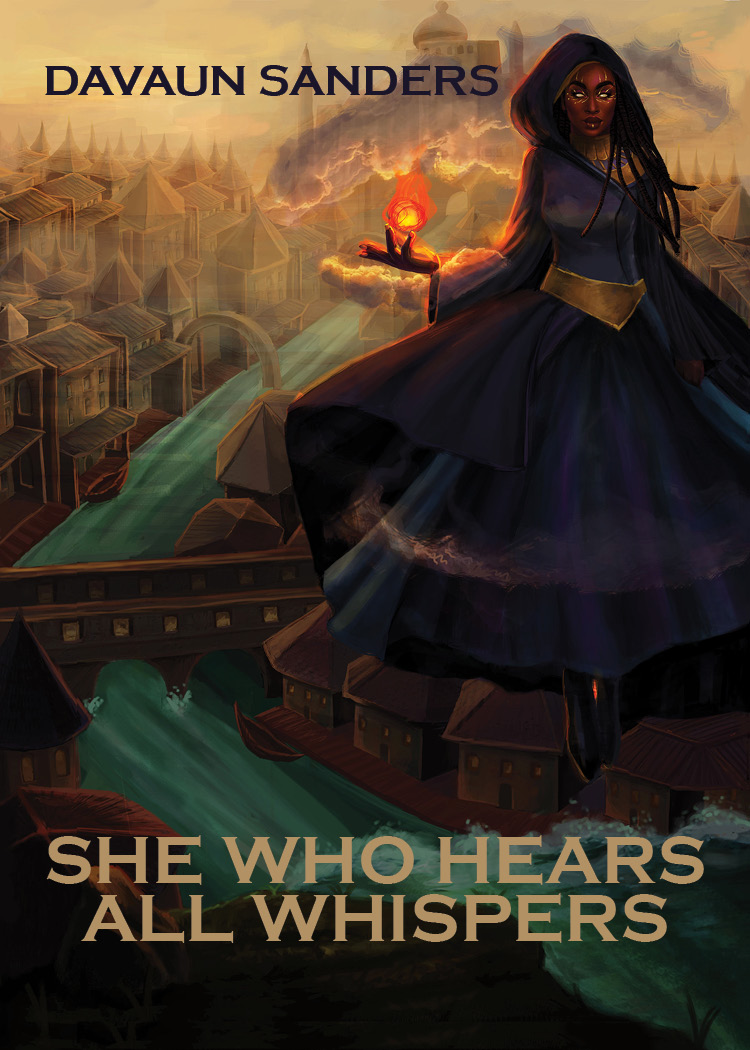 Hot off the Press!

Our most recent release: She Who Hears All Whispers! Order your copy today!

Our next open submission period is October 1 – December 31. Please see our submissions page for more details.

Get notifications on She Who Hears All Whispers and future titles!