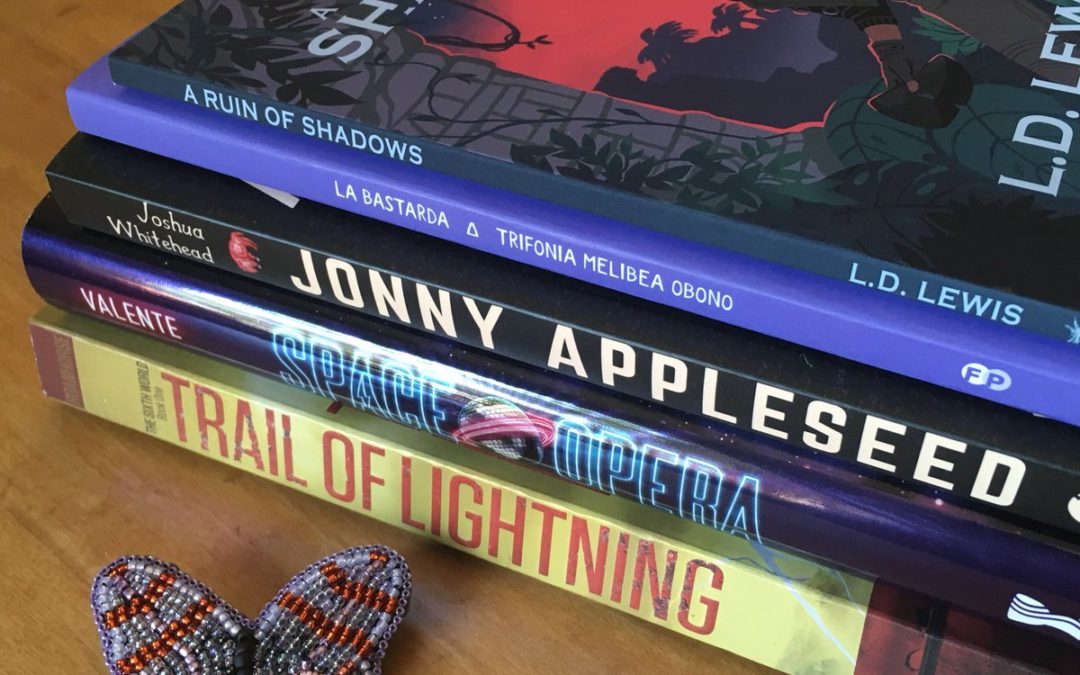 So I got suckered into yet another book-related Instagram challenge (like I do), and yesterday’s prompt was the best of 2018. While I was pondering the challenge, it occurred to me that I’ve probably never read more books in the year they were published than this year, so I decided to pull together a little round-up.

A Ruin of Shadows by L.D. Lewis is published by Dancing Star Press (me!) Recommended for fans of Black Panther who want to see an older black woman assassin riding war rhinos and dismantling the corrupt empire she’s protected piece by piece.

La Bastarda by Trifonia Melibea Obono is published by Feminist Press.
Recommended for fans of #ownvoices and translated fiction who are thirsty for LGBTQIA stories in oppressive cultures that don’t end in nothing but tragedy.

Jonny Appleseed by Joshua Whitehead is published by Arsenal Pulp Press. Recommended for fans of indigenous fiction and the gritty sex worker writings of Michelle Tea and her ilk. Johnny is a NDN glitter princess who needs your love.

Space Opera by Catherynne M. Valente is published by Saga Press.
Recommended for fans of humor in SF, Eurovision, glam rock, and red pandas. Constantly compared to Douglas Adams, but more optimistic. This book is A LOT. But in a very good way.

I’ve kept these little recommendations short for a round-up (and also because this whole thing started on twitter), but really, I could talk about all these books for ages. If you want to hear me ramble on and on about books just ask! Or check out my goodreads account, where I am perpetually behind on reviews but always catch up sooner or later.

What about you? What are your favorite books that have come out this year so far?